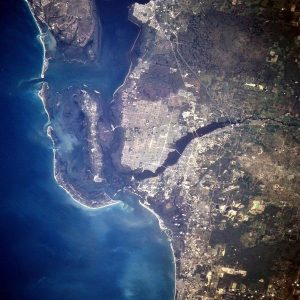 A Local Market Monitor report released earlier in 2015 predicted that the Cape Coral real estate market is expected to grow by 25 percent over the next three years, sixth in Florida as far as growth. Since Cape Coral was hit hard by the foreclosure crisis, this is good news for those who plan to sell their homes in the next few years.

Some of the growth expected in Cape Coral is the benefit of purchasing property in Florida while people are working in anticipation of retirement within the next 10 to 20 years. Many home buyers in their 40s are purchasing Cape Coral homes, using them as vacation homes and often renting them seasonally to cover the mortgage, until it is time for them to retire in their 60s. Most of those who purchase homes in the area as second homes say that purchasing now made more sense than waiting until they were already in retirement.

In addition to the benefits of buying retirement property in Cape Coral, the housing values in the area are also much lower than other locations in Florida. The average home in Cape Coral costs $96 per square foot. Cape Coral is also a prime location for future development, something that could have a major positive impact on housing values. There are reports that a community gathering place may be developed in the Bimini Basin, possibly as a mixed-use commercial and open space area.

Benefits of Living in Cape Coral

The low home prices and appeal to retirees are not the only reasons many people are purchasing homes in Cape Coral. The city was founded as a satellite city to Fort Myers in 1957 as a waterfront wonderland. The community was preplanned and constructed so that there were many waterfront properties available. There is a 400 mile long canal system providing access to the Gulf of Mexico. Nature lovers find Cape Coral extremely attractive as there are many parks and natural reserves as well as the Four Mile Cove Ecological Preserve with many nature trails.

If these are not enough reasons to purchase real estate in Cape Coral, Florida also offers first time buyers financial incentives that include tax credit abatement, discounted down payments and low-interest loans. With these types of incentive, the benefits of living in the area and low housing prices, it is easy to see why the housing market will continue to improve in Cape Coral.

Real Estate and Retirement in Cape Coral: Doing It the Right Way

The Foreclosure Era Comes to an End in Cape Coral

A Great Outlook for Cape Coral Housing Market in 2017

Want to join the discussion?
Feel free to contribute!

This site uses Akismet to reduce spam. Learn how your comment data is processed.